← more from
By Norse Music
Get fresh music recommendations delivered to your inbox every Friday. 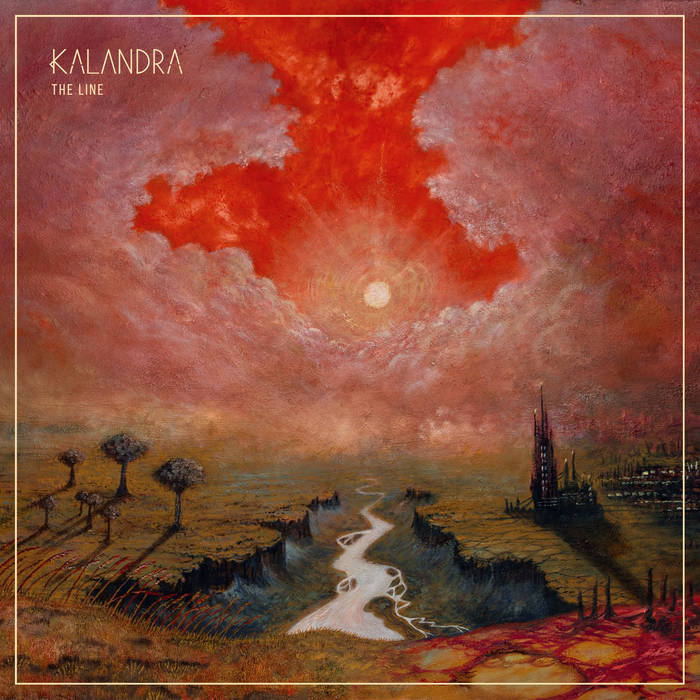 Silas Kirschke It's very hard to say when I last heard such a brilliant debut. Impossible not to fall in love with this voice, as it is officially underlined musically and thus conjures up an absolutely fresh album that will delight me for a long time to come. Really wonderful. Favorite track: Borders.

Shaltiar I need to move to Norway. Favorite track: Ensom.

Norwegian alternative pop sensation Kalandra will release their debut full-length album, The Line on October 23rd via By Norse Music!

Kalandra have amassed over 1.9 million views on YouTube with their cover of Wardruna’s “Helvegen” (released as a digital single on By Norse Music in March 2020), self-released two acclaimed singles “Brave New World” and “The Waiting Game” (details below) and have composed two tracks for the HBO Nordic series “Beforeigners.”

Weaving ethereal melodies into raw and eerie musical landscapes, Kalandra delivers a powerful blend of alternative pop and rock that will enchant fans of Aurora, Eivør, Röyksopp, Goldfrapp and Björk.

Inspiration is drawn from a wide range of artists such as Eivør, Anna Von Hausswolff, Jenny Hval and bands like Pink Floyd, Tool, Mastodon, Radiohead, TesseracT, Wardruna, Gåte, IRAH and Sigur Rós. As well as female folk singers from Norway, Sweden, Iceland, Faroe Islands and Denmark, experimenting with vocal techniques from around the world (including Norwegian cow calls like kauking, to Mongolian, Arabic and Indian traditional vocal styles) which they use in combination with the more theatrical aspects of rock and metal.

Pre-order the album on physical formats together with exclusive bundles and merchandise here: bynorse.aisamerch.de/shop-en

Bandcamp Daily  your guide to the world of Bandcamp

Bonobo stops by to talk about his new record Fragments